Size750mL Proof50 (25% ABV)
Based on Tanduay's White Rum, the Boracay Cappuccino is a creamy coffee-flavored rum that has won a Silver Medal at the San Francisco World Spirits Competition.
Notify me when this product is back in stock. 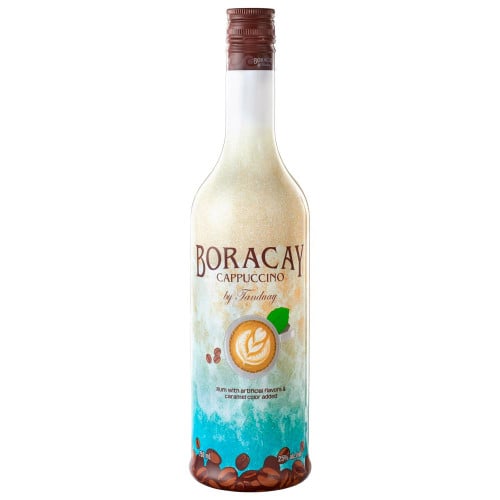 Named after the Filipino island that is famous for its picturesque white beaches, Boracay is a twosome of flavored rum that is crafted with Tanduay's White Rum and different flavorings. Boracay Cappuccino is bottled at 50 proof and has a deliciously sweet profile with creamy coffee and chocolate notes.

The clear flavored rum opens with milk coffee on the nose, along with milk chocolate. It's fruity and creamy on the palate with a pleasant sweetness and hints of orange peel shining through the rich coffee notes.