Size750mL Proof99.4 (49.7% ABV)
This unique whisky was patiently matured for over 4 decades in 10 very special hogshead casks that were crafted from staves that have crossed the Atlantic on a 3264-mile long voyage. Only 1,830 bottles were produced.
Notify me when this product is back in stock. 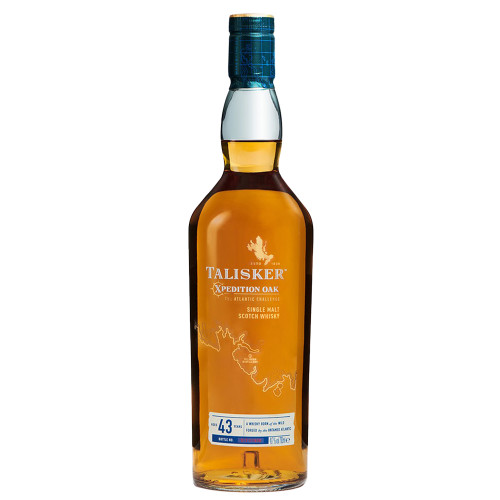 Talisker Xpedition Oak was literally made by the sea, as the casks used for maturation were put together from staves that have crossed the Atlantic on a 3264-mile voyage. Only 1,830 bottles were produced, corresponding with the year that Talisker was founded. 10 hogshead casks were matured patiently for over 4 decades, making for a truly special 99.4-proof expression with fruity aromas and hints of brine.

Grab one of only 1,830 bottles of this exceptional whisky today!

You can expect mellow aromas of gentle spice, fruit, apple, and a touch of aromatic wax. The palate is rich, smooth, and vibrant with a pleasant fruity sweetness and brine notes. Finishes long and sweet with a distinct chili pepper note.