Learn more
Size750mL Proof90 (45% ABV) *Please note that the ABV of this bottle may vary
Smooth, with a solid 45% ABV, this award-wing Duchess Private Reserve Bourbon is described as being subtle and sophisticated. 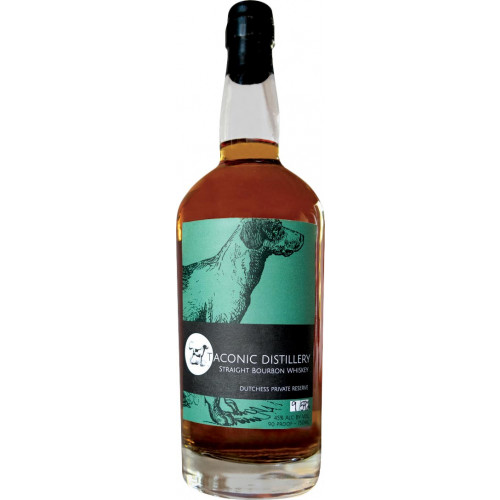 Taconic’s award-winning Dutchess Private Reserve Straight Bourbon Whiskey is described as being subtle and sophisticated. “A beautiful bouquet of spice and honey with gentle notes of vanilla coming out to provide for a smooth finish. This is a bourbon for sharing with friends” (Taconic Distillery).

Pick up a bottle of Taconic’s Private Reserve Bourbon today!

Sweet aromas on the nose, with notes of butterscotch and vanilla. On the palate are flavors of vanilla, caramel, honey and malty sweetness. The finish is warm with spicy notes that linger.