Size750mL Proof80 (40% ABV)
Made by the last remaining distillery in Toronto, this whisky earned a score of 92 points in Jim Murray's 2013 Whisky Bible.
Notify me when this product is back in stock. 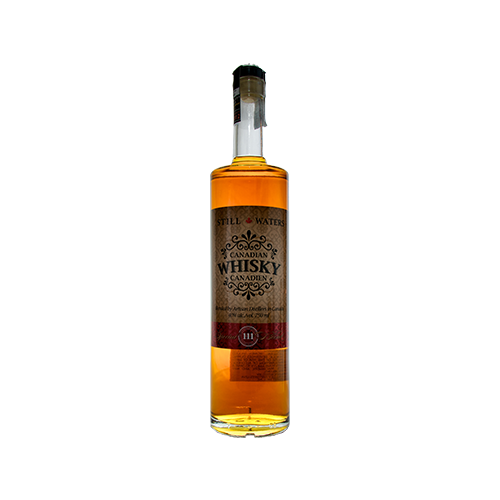 Situated on the shores of Lake Ontario and intersected by three rivers, Toronto was founded by Lieutenant Governor John Graves Simcoe, who named it the capital of Upper Canada in the late 18th century. At the time, the city's central location and easy access to freshwater made it a bustling hub for commercial activity and distillation. In 1837, William Gooderham and John Worts established the Gooderham and Worts Distillery in downtown Toronto. As some two hundred others followed suit, downtown Toronto became known as "The Distillery District." Strict regulations and burdensome taxation, however, caused many distilleries in Canada to close their doors.

Today, in an industrial complex on the city's outskirts, Barry Bernstein and Barry Stein, the founders of Still Waters Distillery, own and operate the last remaining distillery in Toronto.

"We began the business in 2005 as importers of Single Malt Scotch Whisky," says Bernstein. "Our passion has always been whisky and we always dreamed of making our own. As we learned more about the business, we decided to take the plunge and transform our business into a full fledged distillery."

After aging, the whisky is blended together with the sourced whisky in small batches in order to create Still Waters Canadian Whisky. Still Waters Canadian Whisky has initial notes of minerals and rye with a hint of toffee and citrus fruits. The flavor gives way to rich, almost chewy notes of oak, sweet caramel and dried fruit, which fade toward a nutty, medium-long finish.

Still Waters Whisky is already making waves — it earned a score of 91 points at the Ultimate Spirits Challenge in 2012 and was awarded 92 points in Jim Murray's 2013 Whisky Bible. Pick up a bottle today!

Initially dry with notes of rye, toffee, linseed oil and hints of citrus fruits. Rich but not too chewy, the whisky has flavors of oak tannins, sweet caramels and dried fruit, which give way to some spicier notes of rye and ginger that fade toward a nutty finish.