Size750mL Proof94 (47% ABV)
This unique whiskey is a “California take on the Japanese spin on Scotch whisky,” matured in ex-bourbon and French oak wine casks, and finished in umeshu barrels. 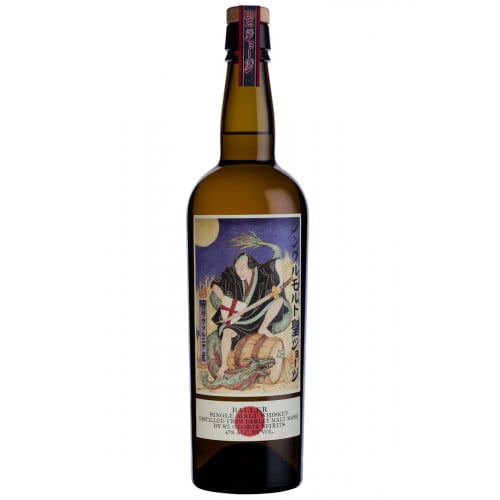 Winters, who is widely-known for experimenting with different types of spirits, has a laboratory dominated by a 10-liter test still in addition to the glass beakers and graduated cylinders that cover every inch of counterspace. Next to the dusty chalkboards caked with equations for the conversion of sugar to alcohol and intricate diagrams of molecular structures are bottles of experimental whiskeys, vodkas and even an aging balsamic vinegar (it’s 14 years old already).

According to St. George Master Distiller Lance Winters, St. George Single Malt Baller Whiskey is a “California take on the Japanese spin on Scotch whisky.” It is crafted from 100% American barley, mostly made of two-row pale malted barley, the remainder lightly roasted. The whiskey is filtered through maple charcoal and matured for 3–4 years in ex-bourbon and French oak wine casks, before being finished in umeshu barrels, a Japanese style of plum liqueur crafted from 100% California-grown ume fruit.

The distinctive label, which re-imagines the legend of St. George as a samurai was designed by Oakland artist Sylvia Solochek Walters, and calligraphy by Eri Takase of Takase Studios.

Crisp and dry, with a touch of malt sweetness. The smoky finish lingers and builds with each sip.