Learn more
Size750mL Proof112.8 (56.4% ABV) *Please note that the ABV of this bottle may vary
Aged for eighteen years in a used sherry cask, this whisky was bottled at cask strength.
Notify me when this product is back in stock. 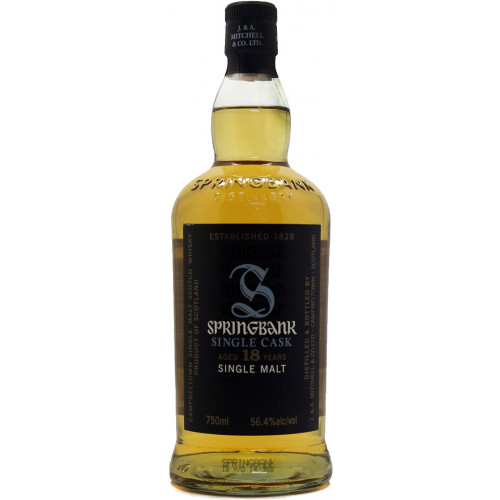 Springbank 18 Year Old Single Malt Whisky was distilled in May 1996 and matured in a refill sherry cask until September 2014. Its 18 year beautyrest in oak casks contributed notes of creamy vanilla, salted caramel, fresh mint and strawberries, which are complemented by sweet undertones of sherry. The finish has a hint of oak and salt, along with notes of berries and butterscotch.

Only 408 bottles of this whisky were ever produced. Pick up one of these rare treasures today!

Creamy vanilla, salted caramel, fresh mint and strawberries, which are complemented by sweet undertones of sherry. Finish has a hint of oak and salt, along with notes of berries and butterscotch.