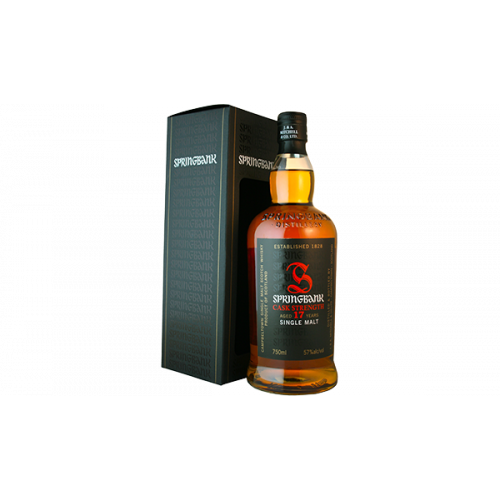 In 1828, Springbank Distillery was founded on the site of Archibald Mitchell's illicit still in Campbeltown (today, Mitchell's great-great-great-grandson owns the distillery). Within ten years, its whisky was so well-regarded that a blender by the name of John Walker purchased 118 gallons of whisky from Springbank at 43 pence a gallon.

After malting and lightly peating the barley (using locally cut peat), Springbank Distillery mills and mashes it in cast-iron mash tuns that are nearly a century old. The pure spring water used during the mashing process is sourced from Crosshill Loch, which in turn is fed by crystal clear water seeping down the northern slopes of 1100-foot tall Beinn Ghuilean Mountain. After mashing the grains, the wash is slowly fermented over the course of 70 hours — one of the longest fermentation processes in Scotland — before being distilled 2.5 times (because some of the wash is distilled twice and some is distilled three times, Springbank Whisky is said to be distilled 2.5 times).

Springbank 15 Year Old Cask Strength Single Malt Scotch Whisky was distilled in May 1997 and aged in a single, re-charred sherry cask. Bottled in December 2012, it has lush notes of cherries, figs and dates, that are well-balanced by touches of cinnamon, honey and malt. The finish, which is long and warming, ends with a note of spice. Only 492 bottles of the whisky were ever produced.

Springbank 16 Year Old Cask Strength Single Malt Scotch Whisky was distilled in June 1996 and aged in a single, Amontillado sherry cask. Bottled in December 2012, it has notes of milk chocolate, figs and nougat that are complemented by hints of stone fruits and salty tang. Only 576 of this whisky were ever produced.

Springbank 17 Year Old Cask Strength Single Malt Scotch Whisky was distilled in June 1995 and aged in a refill sherry cask. Bottled in December 2012, it has strong notes of plums, apricots, dates and cherries that lead to an everlasting, sweet finish. Only 438 bottles of this whisky were ever produced.

15YO: Lush notes of cherries, figs and dates, that are well-balanced by touches of cinnamon, honey and malt. Finish, which is long and warming, ends with a note of spice.