Size750mL Proof109.6 (54.8% ABV)
After sampling this vast range of casks Master Distiller Billy Walker was keen to showcase this GlenAllachie 10-year-old Cask Strength Batch 1, a limited edition drawn from a variety of casks dating back as far as the 1970s.
Notify me when this product is back in stock. 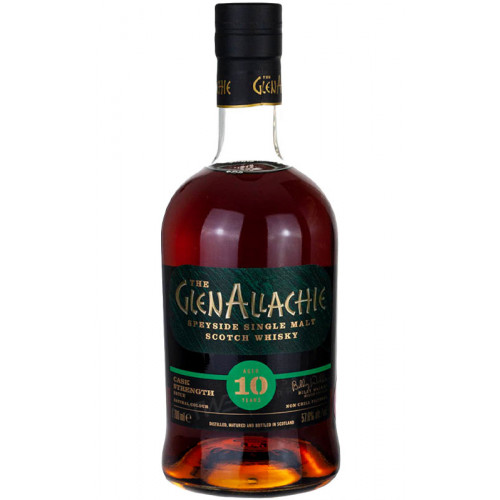 Using a vast amount of aged stock that was obtained along with the distillery, dating back as far as the 1970’s GlenAllachie Master Distiller Billy Walker has masterfully created a signature single malt. After sampling this vast range of casks, Billy was keen to showcase GlenAllachie bottled at natural strength. This GlenAllachie 10-year-old Cask Strength Batch 1 is a limited edition drawn from a variety of casks, including first-fill bourbon, virgin oak, Oloroso sherry, and Pedro Ximénez sherry casks. This incredible Speyside has numerous accolades including a Gold Medal at the 2019 World Whiskies Awards, San Francisco World Spirits Competiton and International Spirits Challenge.