Learn more
Size750mL Proof94.4 (47.2% ABV) *Please note that the ABV of this bottle may vary
Aged for over four years and bottled at a robust 94.4 proof, this bourbon is the quintessential American spirit.
Notify me when this product is back in stock. 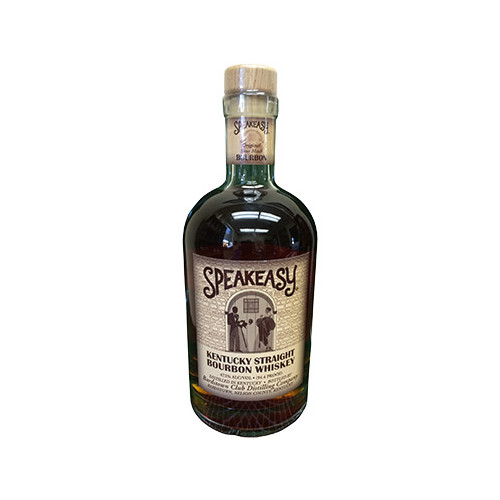 In keeping with family tradition, Speakeasy Kentucky Straight Bourbon Whiskey is an authentic Kentucky straight bourbon. Aged for a minimum of four years, the bourbon has a sweet caramel aroma, with touches of vanilla, coffee and butterscotch. The aroma gives way to notes of apples, pears and citrus on the palate, which are complemented by undertones of caramel, cinnamon and spices. The finish is long and elegant, with a warming touch.

With no added coloring or flavoring, Speakeasy is the quintessential American spirit. Pick up a bottle today!

Sweet caramel aroma, with touches of vanilla, coffee and butterscotch. Notes of apples, pears and citrus on the palate, which are complemented by undertones of caramel, cinnamon and spices. Finish is long and elegant, with a warming touch.