Learn more
Size750mL Proof100 (50% ABV) *Please note that the ABV of this bottle may vary
This distinctive white bourbon mash whiskey earned a Silver Medal at the 2017 New York World Wine & Spirits Competition.
Notify me when this product is back in stock. 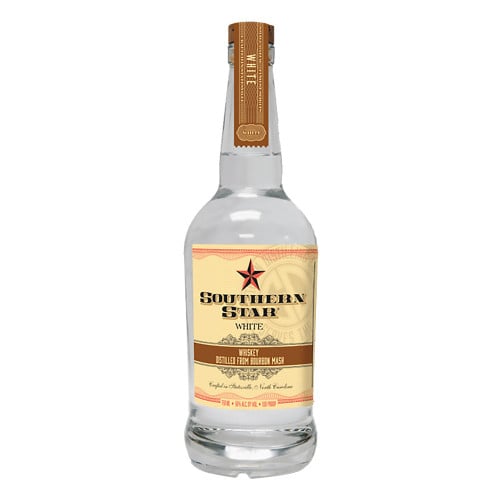 Southern Distilling Company is situated at the “Crossroads for the Future” in Statesville, North Carolina. Newcomers onto the craft distilling scene, their city was once, before Prohibition, known as the “liquor capital of the world” in the 1880s. Statesville was home to some of the finest brandies and whiskeys, and more recently an outpour of local farm distilleries and major spirits wholesalers. The family-owned and operated distillery is owned by Pete and Vienna Barger.

This vibrant young craft distillery boasts the largest facility in North and South Carolina, with a potential output of up to 500,000 proof gallons. The colossal, modern two-story glass-fronted distillery houses an innovative, state-of-the-art craft distillery in 25,000 square feet, sited on 20 comfortable acres of agricultural farmland and old growth hardwood trees.

Distilled from bourbon mash, this award-winning white whiskey is handcrafted just Southern distilling Co.’s bourbons, raw and untamed this bourbon has a distinctive character. “It has its own set of aromas and flavors unique to the whiskey category. The corn and wheat are very evident and provide the absolute uniqueness of the product. Its flavors are a remarkable departure from aged bourbon” (producer). This white bourbon mash whiskey earned a Silver Medal at the 2017 New York World Wine & Spirits Competition.

Sweet, aromatic and cereal-forward aromas on the nose. The palate is sweet and smooth with a playful and creamy mouthfeel and pleasant finish.