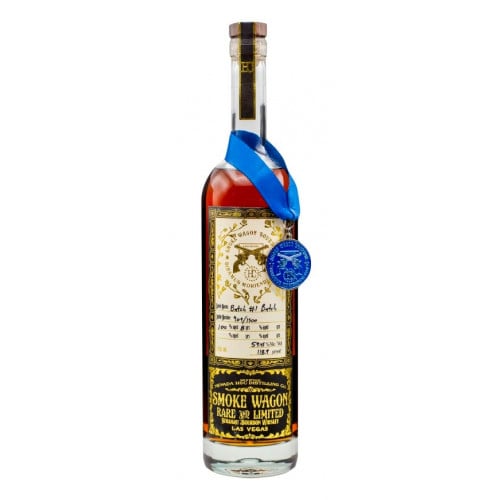 Smoke Wagon Rare & Limited Elevator Batch is a highly limited blend of four whiskeys. With the mash bill consisting of 56% 9YO whiskey, 18% 5YO whiskey, 13% 7YO whiskey, and 13% 6YO whiskey, this enticing expression is then bottled at 114.41 proof. Greeting with delicate aromas of caramel and char notes on the nose, the palate is complex, oily, and smooth with flavors of vanilla, dark fruit, and cinnamon, rounded up with a seemingly endless finish.

The nose greets with delicate aromas of caramel and char notes, while the palate is complex, oily, and smooth with flavors of vanilla, dark fruit, and cinnamon, rounded up with a seemingly endless finish.