Learn more
Size750mL Proof99 (49.5% ABV) *Please note that the ABV of this bottle may vary
Both coming from Iowa, heavy metal band Slipknot and the award-winning Cedar Ridge Distillery collaborated on this spectacular blend of straight bourbon and straight rye whiskeys. 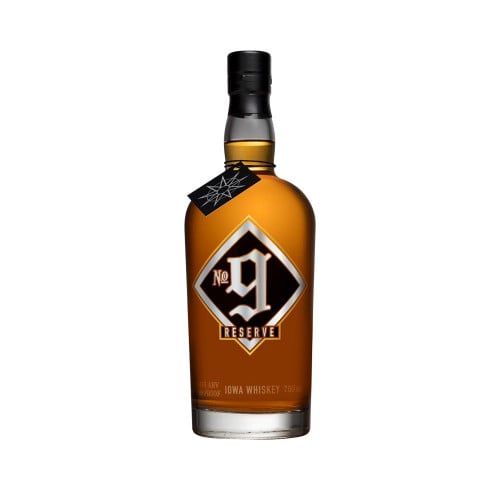 About Slipknot No.9 Reserve Iowa Whiskey

In 2019, a stunning whiskey collaboration consisting of two whiskey expressions was born between Slipknot, the famous American heavy metal band from Des Moines, Iowa, and the award-winning Cedar Ridge Distillery from Iowa.

Using corn grown at their farm in Winthrop, Cedar Ridge Distillery produced a blend of straight bourbon and straight rye whiskeys. The whiskeys are aged at least 4 years. Blended by Percussionist Shawn Crahan, also known as “Clown”, who can be seen sporting a clown mask when performing, Slipknot No. 9 Reserve Iowa Whiskey was named for the number of band members. Bottled at 99 proof, it’s recommended you enjoy the buttery harmony of flavors of cornbread flavors, apple pie, and apricot with Slipknot’s Iowa album playing in the background.

Nestled in a picturesque stretch of the Heartlands, just outside the town of Swisher in Eastern Iowa, sits Cedar Ridge Vineyards, Winery, and Distillery. Family-owned by Jeff and Laurie Quint, Jeff serves as both Master Distiller and Master Winemaker at the small operation, which has an outsized reputation for quality. Cedar Ridge — the first micro-distillery in the state — began distilling vodka back in 2005 before moving onto fruit liqueurs and, eventually, bourbon, crafting Iowa’s first bourbon whiskey since Prohibition.

Sweet, spicy, and bold. The nose brings cinnamon, clove, and oak on the nose. The palate is buttery with cornbread flavors, apple pie, and apricot. The finish is smooth and medium-long.