Size750mL Proof102 (51.5% ABV)
Iowa Anniversary Edition is the third whiskey to come from the collaboration between heavy metal band Slipknot and Cedar Ridge Distillery. A blend of straight rye and bourbon aged between 3 and 4 years, this expression celebrates the 20th anniversary of the band's sophomore album Iowa.
Notify me when this product is back in stock. 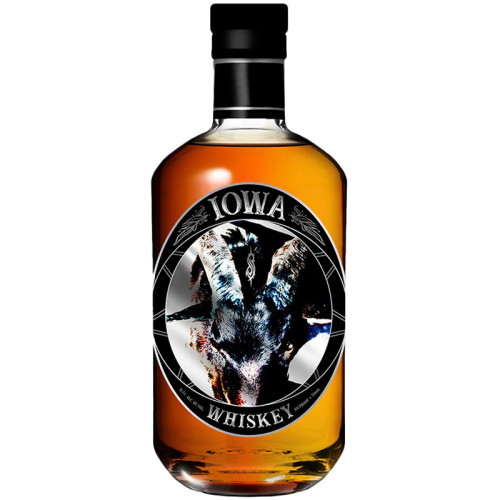 Revered heavy metal band Slipknot and Cedar Ridge Distillery have one thing in common: they both hail from Iowa. The collaboration has given us 2 whiskeys already before launching the third in time for the Knotfest Iowa festival. Slipknot Iowa Anniversary Edition Whiskey is a blend of straight rye and bourbon whiskey that was mashed, fermented, distilled, and aged at the Cedar Ridge Distillery. Aged between 3 and 4 years, the blend is bottled at a higher 103 proof and features artwork from Slipknot's acclaimed sophomore album Iowa. It's available in limited quantities.

Get your bottle of this limited-edition whiskey today!

The nose is pleasantly sweet with honey, citrus, and peppery spice aromas. Look for caramel, baking spice, black pepper, corn, and hints of nuts on the palate. The notes linger on the sweet finish.