Learn more
Size750mL Proof115.4 (57.7% ABV) *Please note that the ABV of this bottle may vary
This Single Cask Nation Girvan release was bottled in 2006, getting its beauty rest for 10 years in refill ex-bourbon hogsheads.
Notify me when this product is back in stock. 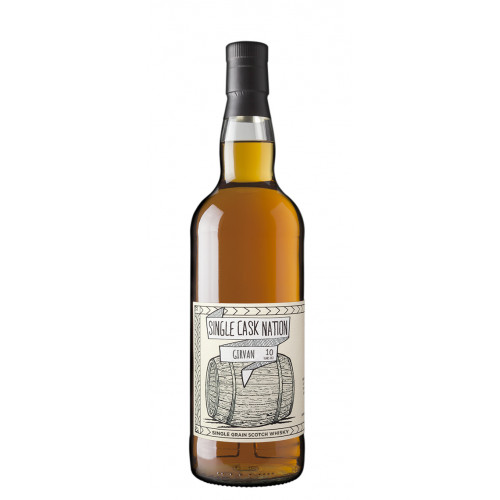 Girvan distillery is situated on the Clyde, in the coastal Lowlands. Founded in 1963 by William Grant & Sons, the facility has 6 original column stills in production, producing mainly grain whiskies and Hendrick’s Gin.

This Single Cask Nation release was bottled in 2006, it was matured for 10 years in refill ex-bourbon hogshead barrels. Bottled at cask strength this young whisky is bright and full of citrus notes with fruity flavors, hints of pepper, and notes of seasoned oak.