Size750mL Proof92 (46.0% ABV)
Distilled in 2008 at the Caol Ila distillery on Islay, this whisky was first aged in ex-bourbon casks before being finished in casks from the Flam Winery in Israel.
Notify me when this product is back in stock. 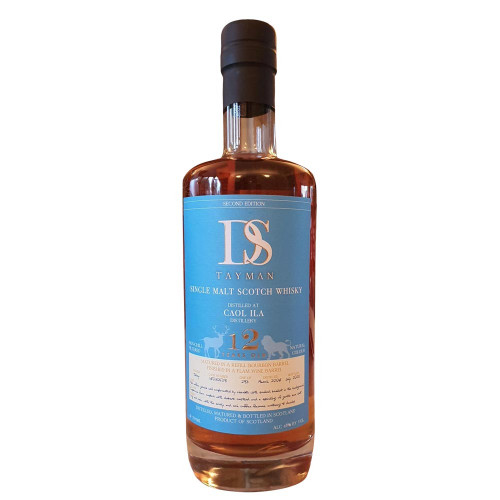 The Caol Ila Second Edition is a 12-year-old single malt Scotch that comes from the Caol Ila distillery. Known to be less smoky than its Islay neighbors, the distillery employs different mashing and fermenting practices as well as stills, producing fruitier single malts that are a great entry point into the world of peated whisky, as well as suiting palates that prefer their peat notes on the subtle side. This 12-year-old whisky was distilled in 2008, aged in ex-bourbon casks, then finished in casks from the Israeli Flam Winery. Bottled at 92 proof, it's a complex dram with coffee, chocolate, brine, smoke, and fruity notes.

The nose opens with coffee, chocolate, and gentle smoked meat aromas. On the palate, you'll find capuccino, rhubarb, custard, toffee, and a touch of brine. The finish is long and smoky with a lingering coffee note.