Size750mL Proof94.6 (47.3% ABV)
Aged for up to 25 years, this whisky pays homage to a century-old expedition to Antarctica by Ernest Shackleton.
Notify me when this product is back in stock. 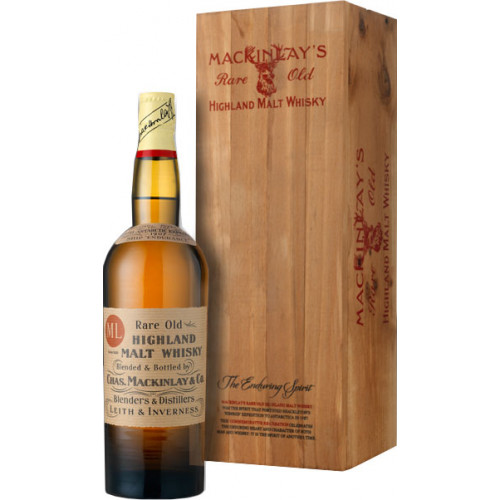 About Shackleton The Discovery Scotch Whisky

In August 1907, Ernest Shackleton set sail aboard the Nimrod on an expedition to become the first person ever to reach the South Pole. While his voyage was almost immediately beset with calamity, Shackleton and his small crew continued to voyage southward, and eventually set up camp at Cape Royds in the winter of 1908. There, Shackleton inventoried his supplies, which included crates of Mackinlay’s Rare Old Highland Malt Scotch Whisky in case their journey was successful (apparently, the team took no fruits or vegetables with them). Running dangerously low on supplies, Shackleton and his team were forced to turn around before reaching the South Pole. "We are so thin that our bones ache as we lie on the hard snow," wrote Shackleton in his diary.

Nearly a century later, the New Zealand Antarctic Heritage Trust discovered several crates of whisky while carrying out conservation work on Shackleton's hut in Cape Royds. The team was able to chisel the frozen whisky from the snow, and recovered ten bottles that had been preserved in sub-zero temperatures and were completely intact. “The whisky-obsessed likened the find to Howard Carter’s stumbling into the tomb of Tutankhamen,” wrote the The New York Times. Ultimately, three of the bottles were placed into red briefcases that were handcuffed to the wrists of Robert Patterson, Whyte & Mackay’s master blender, and taken to Scotland for dissection. “When I saw how clear it was, that gave me a lot of confidence,” says Paterson of the whisky. “That was a good sign it hadn’t spoiled.” Patterson, a gray-haired and mustachioed gentleman who has been in the Scotch whisky industry for nearly five decades, is affectionately referred to as The Nose (his nose was once insured by Lloyd’s for $2.4 million).

After tasting a small sample of the century-old whisky, Patterson set about to create a malt whisky that replicated the aroma and flavor profile of the original Shackleton Whisky.

The Discovery Scotch Whisky is a vatting, or blending, of single malt whiskies produced by numerous Scottish distilleries, including Glen Mhor, Jura and Dalmore, each of which has been aged for up to 25 years (the 1980 Glen Mhor used in the vatting is one of the rarest whiskies in the world). The Discovery has an aroma of green apple, ripe apricots and orange marmalade. The aroma gives way to notes of floral smoke, dried fruits (particularly crushed pears, red plums and nectarines) and maple syrup on the palate, that are well-complemented by touches of toffee, heather honey and citrus. The finish is long and smooth, and has hints of orchard fruit and smoke.

“Being in the whiskey industry for the last forty-seven and a half years,” says Patterson, “I have to say, in all honesty, this was one quest, this was one journey, that I’ll never forget. Because it went 26,936 miles.” Pick up a well-journeyed whisky today!

Aroma of green apple, ripe apricots and orange marmalade. Notes of floral smoke, dried fruits (particularly crushed pears, red plums and nectarines) and maple syrup on the palate, that are well-complemented by touches of toffee, heather honey and citrus. Finish is long and smooth, and has hints of orchard fruit and smoke.