Size375mL Proof94 (47% ABV)
Crafted from Seven Stills own finished Czech-style lager that was additionally hopped with Saaz hops, this whiskey uses the finished beer as its base. Distilled in a 300-gallon pot still and aged in new charred American oak, it's bottled at 94 proof. 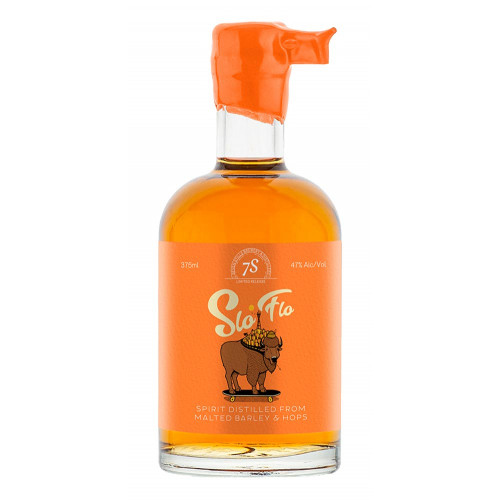 The Slo Flo Whiskey expression started its journey as Seven Stills' flagship Czech-style lager of the same name. Extra-hopped with the aromatic, earthy, herbal, and floral Saaz hops, the finished beer was distilled in a 300-gallon pot still, then aged in new charred American oak, before being bottled at 94 proof. 540 bottles of this light and floral whiskey were produced.

The whiskey has a light, floral, and herbal profile as a result of the Saaz hops from the base beer. The base is malty with caramel, honey, biscuit, toast, and spice notes. Finished short, bright, and sweet with hoppy floral and oak notes.