Size375mL Proof94 (47% ABV)
This whiskey started as Seven Stills very own hazy DIPA beer that received an extra injection of hops via LOOP juice. The finished beer was then distilled and aged for a year. It's a rich, bright, sweet, and fruity whiskey that's bottled at 94 proof. 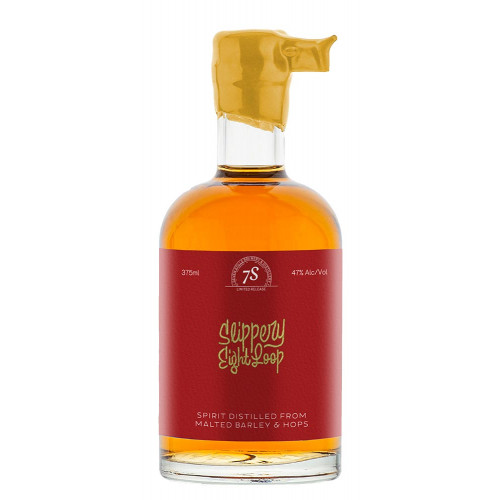 The Slippery Eight Loop expression started with a beer of the same name. The hazy DIPA or double India pale ale is a stronger and hoppier version of the extremely popular style with the haze usually achieved through the usage of oats. This particular beer employed LOOP juice for an additional hoppy kick. After the beer is pot-distilled and aged for 12 months in new American oak barrels, this translates into a rich, bright, sweet, and fruity whiskey that's bottled at 94 proof.

Grab one of these 540 bottles today!

It's a bright, floral, and citrusy profile with a sweet nose of caramelized apple, pear, and cinnamon. Canned pears and peaches are on the palate along with apple pie and banana notes. Finishes with brown sugar, fruit compote, oak, and vanilla.