Learn more
Size375mL Proof94 (47% ABV) *Please note that the ABV of this bottle may vary
Based on the Imperial Pastry Stout that was brewed in collaboration with Moksa Brewing Co., this whiskey is crafted from the finished barrel-aged beer. 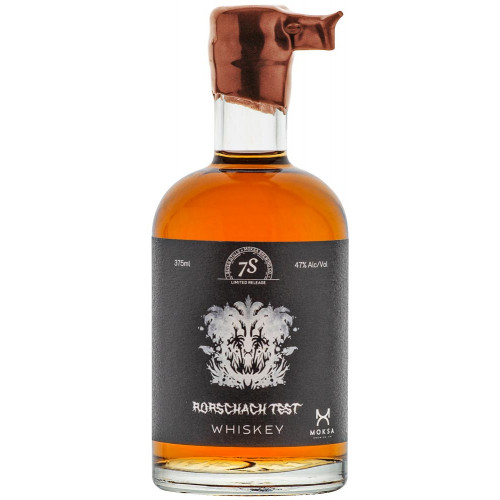 The Rorschach Test Whiskey started as a barrel-aged imperial stout beer that was brewed in collaboration with Moksa Brewing Co., a small and independent craft brewery from Rocklin, California. The Imperial Pastry Stout was finished with Andytown coffee, cacao nibs, coconut, and vanilla beans. The beer was then distilled at Seven Stills and aged in new American oak, producing 540 bottles. With the dark malt at its core, it has additional notes of chocolate and coffee.

The extremely rich whiskey has plenty of sweetness and complex notes. Dark malt is at its core with chocolate, coffee, vanilla, and coconut all in there. Nicely viscous, it finishes with coconut and dark coffee notes.