Learn more
Size375mL Proof94 (47% ABV) *Please note that the ABV of this bottle may vary
Seven Stills first brewed their own DIPA craft beer with New Zealand hops, then distilled it into this fruity and tropical whiskey. A total of 540 bottles of the 94-proof spirit were produced. 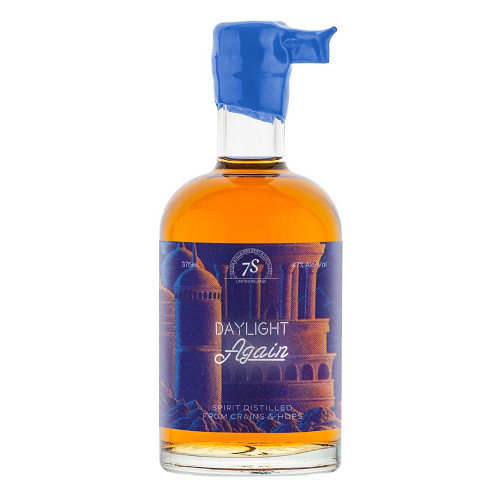 A DIPA or double India pale ale is a stronger and hoppier version of the extremely popular style. Seven Stills first brewed their very own Daylight Again DIPA using New Zealand hops, then proceeded to distill the finished beer into this 94-proof whiskey. Aged in new American oak, 540 bottles of this tropical and fruity whiskey were produced.

The nose opens with bright and fruity aromas of pears, apples, passionfruit, and cotton candy. There's a light sweetness on the floral palate with lychee and papaya. Finishes with tropical flowers, white grapes, and a touch of oak.