Learn more
Size375mL Proof94 (47% ABV) *Please note that the ABV of this bottle may vary
Seven Stills partnered with the Tioga Sequoia Craft Brewery to brew an imperial oat stout. The Finished beer was then distilled, producing this bold, rich, and complex whiskey. 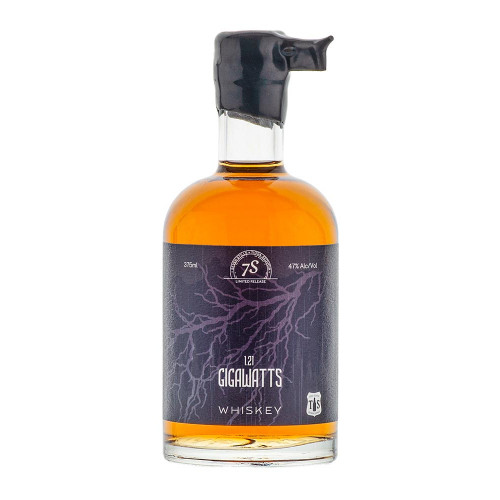 The 1.21 Gigawatts Whiskey is a collaboration with the Tioga Sequoia Craft Brewery from downtown Fresno, California. The two teams got together and brewed an imperial oat stout, a thicker and stronger version of the popular style. The finished beer was then distilled and aged in new American oak, producing 540 bottles. The resulting 94-proof whiskey is bold and rich with notes of chocolate, coffee, and caramel.

It's a complex, big, and bold whiskey with notes of chocolate, coffee, dark malts, and sweet caramel. It finishes long and rich with a distinct maltiness.