Size750mL Proof114.9 (57.45% ABV)
The folks at Sagamore Spirit took their flagship straight rye whiskey and aged it in new charred American white oak barrels for 8 years, resulting in a complex expression that's bottled at 114.9 proof.
Notify me when this product is back in stock. 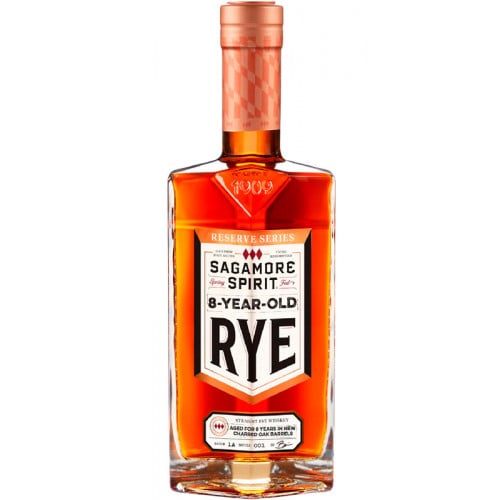 In the early 1800s, Maryland farmers were known to use rye as a cover crop. Its fibrous and sturdy nature kept soil healthy, protecting the land from erosion, not to mention it made a great quality whiskey. Rye whiskey production also proved to be more profitable than selling the raw grain. After the spring harvest, the grains were distilled, and rye whiskey became the unofficial spirit of Maryland.

Sagamore Spirit is reminiscent of these early days of Maryland distilling, paying homage to this era with a uniquely crafted spirit. Maryland rye whiskeys are historically smoother. In their early stages, the majority of production went into blends for other companies; they currently own their private distillery outfitted with a brand new visitor center in Maryland. Sagamore produces a growing range of all-American Rye Whiskeys. Historically, Maryland Rye Whiskey is a much smoother whiskey than its Pennsylvanian and Kentucky counterparts, harboring creamy tastes and textures from the calcium-rich waters of Maryland limestone.

This expression is based on their straight rye whiskey, except that it spends 8 years in new charred American white oak. This results in a complex whiskey with notes of orange, baking spices, espresso, chocolate, and nuts. This small-batch expression is available in limited quantities and bottled at 114.9 proof.

Grab your bottle of this Maryland rye whiskey today!