Size200 mL Proof102 (51% ABV)
This Kings County Empire Rye whiskey is made from 80% New York grown Danko rye and 20% English barley malt.
Notify me when this product is back in stock. 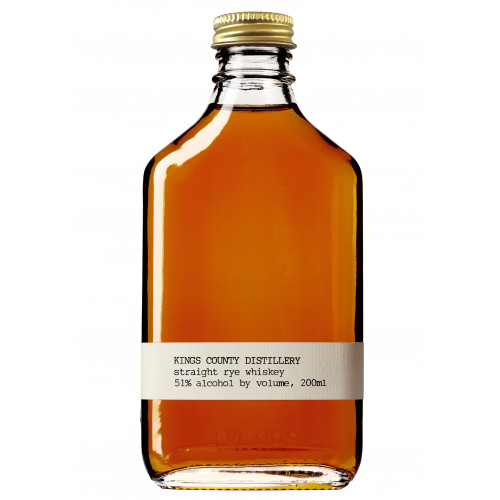 Part of a broader project with other New York distillers, Kings County Empire Rye whiskey is made from 80% New York grown Danko rye and 20% english barley malt and is aged 2 years in charred oak barrels. With notes of cinnamon, nutmeg, maple, mint, and cut grass with a finish of warm bread and holiday spice, this is a more flavorful rye than some of its commercial peers. Released at 102 proof, this is a potent entry into a much-loved category.

Notes of cinnamon, nutmeg, maple, mint, and cut grass with a finish of waRm bread and holiday spice, this is a more flavorful rye.