Learn more
Size750mL Proof90 (45% ABV) *Please note that the ABV of this bottle may vary
Russell Henry Malaysian Lime Gin is made using old-fashioned, hands-on distillation techniques, using the finest ingredients, bottled at 90 proof that achieves the ideal balance of strength and flavor. It has earned the Chairman's Trophy with an incredible 94 points and "Excellent, Highly Recommended" at the Ultimate Spirits Challenge 2020. 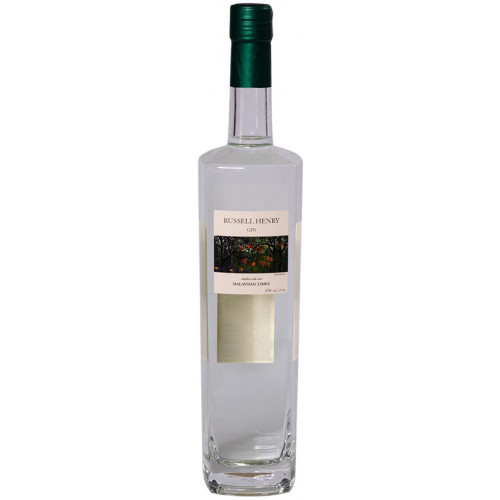 Russell Henry Malaysian Lime Gin is made using Russell Henry London Dry Gin. After distillation, the gin is steeped in the leaves and fruit of the limau purut, a type of lime native to Malaysia. They source the fruit from the exotic orchards of John Kirkpatrick in the San Joaquin Valley. The limau purut, which is often used in Malaysian and Indonesian cuisine, has a rough, bumpy skin and a robust, slightly tangy flavor. As a result, Russell Henry Malaysian Lime Gin has bold notes of citrus that finish with a soft touch of zesty lemon and lime.

Russell Henry Malaysian Lime Gin has earned the Chairman's Trophy with an incredible 94 points and "Excellent, Highly Recommended" at the Ultimate Spirits Challenge 2020.

Classic juniper forward aromas with subtle hints of fruity limes on the nose. The palate is dry with notes of spice, lime zest, minerals, and minty undertones. It's impeccably balanced with a smooth and refreshing finish.