Size750mL Proof92 (46% ABV)
This smoky whisky comes from the only French distillery to use peat in their production process. Matured in 3 different Sherry casks (Pedro Ximenez, Fino, and Oloroso), it's bottled at 92 proof. 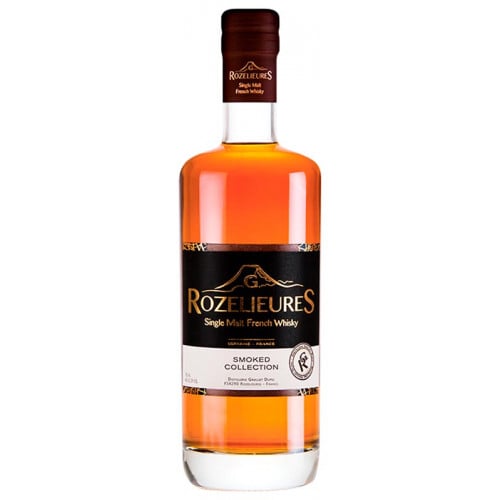 Crafted from 100% French barley from the fields surrounding the Rozelieures farm, the Smoked Collection French Single Malt is produced sustainably. It's a peated expression with 22ppm (phenols per million) that is matured in Sherry casks: Pedro Ximenez, Fino, and Oloroso. Bottled at 92 proof, it's a smoky, oaky, and aromatic whisky and a rarity, coming from the only French distillery to use peat in the production of their spirits.

The intensely aromatic nose has sweet honey and smoke notes. The palate has fruit, coffee, and peat notes with a touch of minerality, culminating in a velvety-smooth finish with dried fruit and a touch of oak spice.