Size750mL Proof80 (40% ABV)
This French terroir whisky from the Rozelieures distillery is ever so slightly peated and crafted with barley from their own fields. It's matured in sherry, cognac, and Sauternes casks. Due to the limited availability of the latter, it is produced in very limited quantity.
Notify me when this product is back in stock. 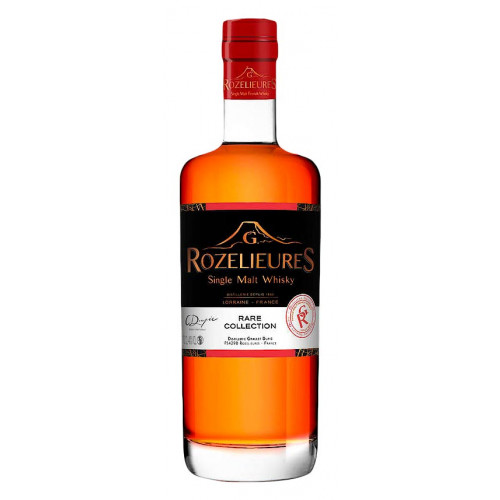 Like all their whisky, the Rozelieures Rare Collection French Single malt is crafted from 100% French barley from the fields surrounding the Rozelieures farm. Lightly peated at 6ppm (phenol parts million), this expression is matured in sherry, cognac, and Sauternes casks. The whisky is produced in very limited quantity due to the scarcity of the Sauternes casks and is bottled at 80 proof. It's fruity and smooth with dried fruit notes and just a touch of smokiness.

The nose has dried orange and a distinct nutty aroma. It's fruity on the palate with a pleasant sweetness, finishing smooth with ripe fruit and just a hint of smoke.