Size750mL Proof92 (46% ABV)
Crafted at the Rozelieures farm using French barley and peat, this single malt has a delicate balance of peat and fresh fruity and vegetal undertones. It was matured in ex-bourbon and finished in new French oak casks from Lorraine. 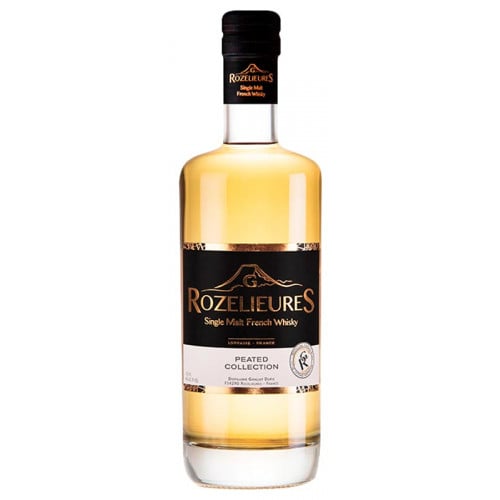 The Rozelieures French Single Malt ― Peated Collection is crafted with barley from the fields surrounding the Rozelieures farm. This 92-proof expression has a peat level between 25 and 30 ppm (phenol parts per million), and the peat used in the production process is of French origin. The powerful and balanced single malt is matured in ex-bourbon casks and finished in new French oak casks from Lorraine.

It's an inviting nose with floral, spicy, and malt aromas. It's fruity on the palate with delicate, fresh vegetal undertones as well as some vanilla, honey, spice, and peat. The finish is smoky and spicy with a hint of orchard fruit.