Size750mL Proof80 (40% ABV)
Created in 2007, this was the first whisky to be produced in Lorraine. Crafted with French barley, it's matured in casks that used to hold sherry and cognac before being bottled at 80 proof.
Notify me when this product is back in stock. 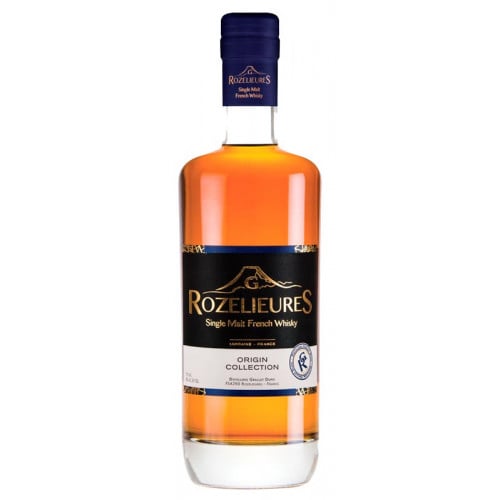 The Rozelieures French Single Malt ― Origin Collection was the first creation of the range. Double-distilled using French barley, this expression is lightly peated with French peat to around 6ppm (phenols per million), before being matured in ex-sherry and cognac casks. It's bottled at 80 proof and has intense spicy, nutty, and cereal aromas with a long finish.

It's intensely spicy yet fresh on the nose with malt notes, fruit, and a touch of peat. The palate has a nuttiness, fruit, vanilla, and leather notes. The finish is long with lingering spice, cereal, and peat smoke.