Be the first to review this product
Infused with a secret blend of herbs and spices, these award-winning rums are distilled from Hawaiian sugar cane.
$38.99
Add to Wish List

In order to create Kōloa Gold Rum, Gunter infuses the rum with carmalized sugar following distillation. Kōloa Gold Rum has a vivid golden color, along with notes of sugar cane, candied apples, maple and vanilla that lead to a caramel finish. The rum earned the Silver Medal at the San Francisco World Spirits Competition in 2012 and at the International Rum Festival in 2013.

In order to create Kōloa Dark Rum, Gunter infuses the rum with a completely unique set of herbs and spices, which gives the rum its signature deep mahogany color, and contribues notes of crème brÃ»lée, vanilla and caramelized oranges to the rum. Kōloa Dark Rum earned the Gold Medal at the Miami Rum Renissance Festival in 2011, where it was named "Best in Class."

Gold: Notes of sugar cane, candied apples, maple and vanilla that lead to a caramel finish. 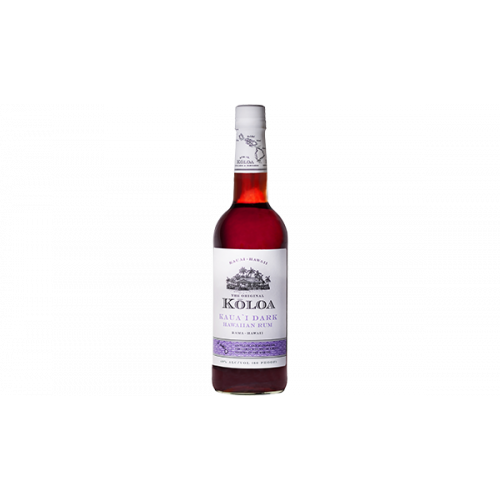