Size750mL Proof80 (40% ABV)
An award-winning handmade single malt whiskey that has been aged for a minimum of 5 years in new Char 3 American Oak barrels.
Notify me when this product is back in stock. 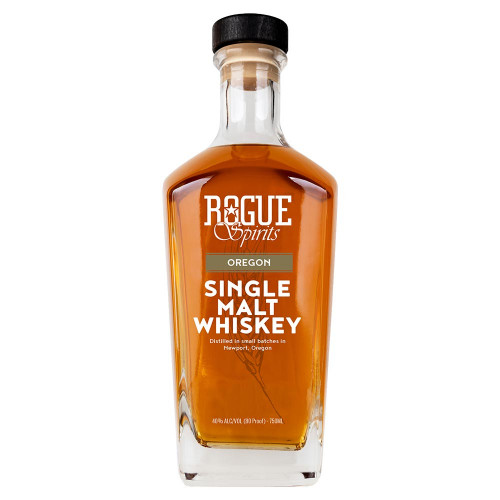 All Rogue's spirits are made from ingredients off their own Rogue farms and Oregon Single Malt Whiskey is no exception. It's a handcrafted single malt whiskey that's pot-distilled in small batches using malted barley that has been smoked using cherry and alder wood. It is aged for a minimum of 5 years in new American Oak barrels, char 3. It is then bottled at 80 proof with no chill filtering involved.

Soft malt notes with hints of honey, caramel oak and nuts. Subtle smokiness and a little bit of pepper and spice, namely cinnamon and cloves. Ends with a long but soft finish.