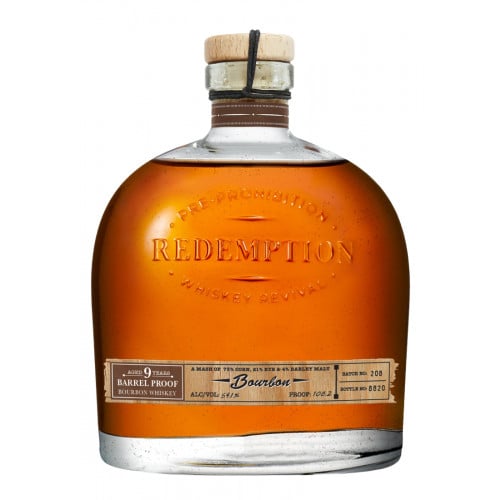 As the quintessential American whiskey, federal regulations in the United States (27 C.F.R. 5 to be specific) require that bourbon be made from a mashbill of at least 51% corn before being aged in new oak barrels and bottled at 80 proof or higher. Bourbon that meets these requirements and that has been aged for a minimum of at least two years may be called straight bourbon.

Prior to Prohibition, rye whiskey was the staple ingredient of classic cocktails such as the Old Fashioned, the Manhattan and the Whiskey Sour. Spicier and more robust than malt whiskey, rye was so popular that George Washington distilled it at his estate in Mount Vernon. As distilleries across the country were forced to close their doors due to Prohibition, however, bootleggers began distilling gin instead of rye, and for good reason — gin didn't require aging under the watchful eye of a master distiller and its true flavors could be hidden behind a mask of botanicals. As Americans grew accustomed to gin, rye whiskey became an anachronism.

Redemption Barrel Bourbon Whiskey is made from a mash of 75% corn, 21% rye, and 4% barley, which makes it significantly lower than their high-rye bourbon but still on par with other classic high-ryes like Four Roses and Wild Turkey, which clock in between eight and sixteen percent rye mash. A bit more approachable to dedicated cask-strength bourbon drinkers, this bottle of Redemption is a good balance between America's historical staple (rye), and its current love (bourbon). After distillation, it is aged for nine years in new, charred American oak casks before being hand bottled.

The nose features prominent oak notes mellowed with caramel, mineral water, anise, orange rind and cocoa. The palate continues to be carried by caramel flavors, with spice and dark fruits leading to a medium finish of herbs and spices. The bourbon has notes of sweet caramel, dried fruits and toffee, which complement hints of cinnamon and spicy rye.

A nose that features prominent oak notes mellowed with caramel, mineral water, anise, orange rind and cocoa. The palate continues to be carried by caramel flavors, with spice and dark fruits leading to a medium finish of herbs and spices.