Learn more
Size750mL Proof70 (35% ABV) *Please note that the ABV of this bottle may vary
This flavored whisky features the original 1849 Rebel Straight Bourbon Whiskey, infused with root beer flavor and caramel color.
Notify me when this product is back in stock. 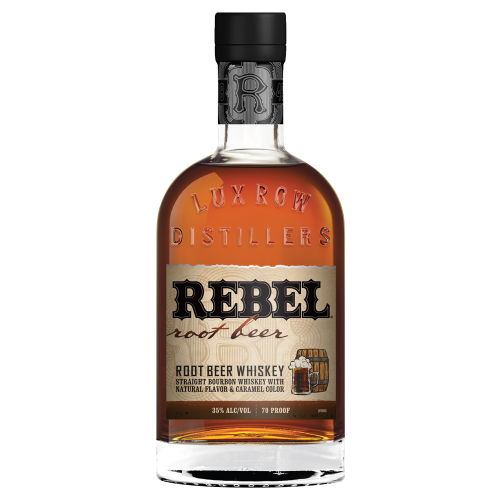 An original and bold new expression, Rebel Root Beer Whiskey is based on their Original Straight Bourbon Whiskey, crafted with the same mash bill of corn, wheat and malt from the original 1849 recipe. Before bottling at 70 proof, however, natural root beer flavor and caramel color are added. Besides the rich root flavors and sweet vanilla and caramel notes, you'll also be delighted by a touch of spice. A great example of what root beer whiskey should taste like.

Get your rebellious bottle today!

Distinct notes of root beer greet you on the nose. The palate is sweet with notes of caramel and vanilla. The finish is long and pleasant.