Learn more
Size750mL Proof100 (50% ABV) *Please note that the ABV of this bottle may vary
The original time-honored recipe meticulously aged in charred oak barrels for 10 years, building a unique flavor profile specific to each batch.
Notify me when this product is back in stock. 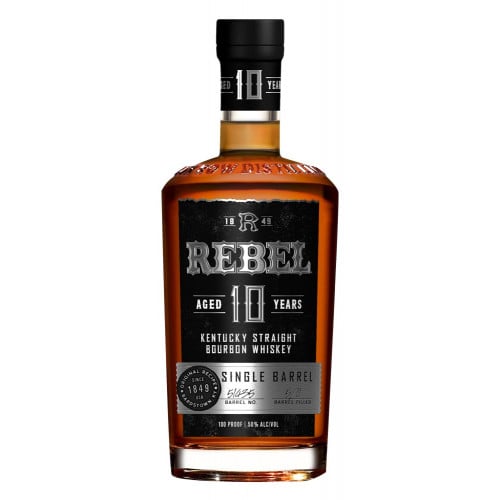 Rebel Kentucky Straight Bourbon Whiskey is handcrafted according to the original, time-honored Rebel Yell recipe developed in 1849. Bottled at 100 proof, this single barrel is the original Rebel wheated Bourbon recipe, aged in charred oak barrels for a decade, yielding a distinctive flavor profile in each batch.

Notes of sweet vanilla, tobacco, oak, and caramel on the nose. Creamy vanilla and caramel evolve into oaky, earthy notes on the palate, followed by leather and sweet corn. Oaky tannins mingle with baking spices, on the finish.