Learn more
Size750mL Proof90 (45% ABV) *Please note that the ABV of this bottle may vary
After being matured just like the Ragged Branch Wheated Bourbon, this one is transferred into a new charred oak cask and aged again, resulting in an even smoother expression with greater depth of flavor.
Notify me when this product is back in stock. 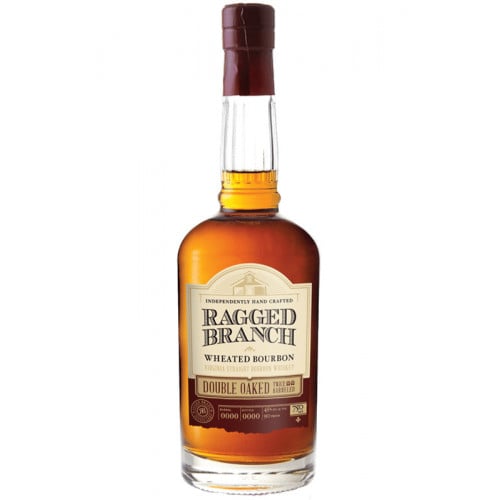 The spirits are then aged for varying amounts of time in new charred American oak barrels in their barrel barn, before it is cut to proof and bottled on-site. Farm-to-bottle and combining tradition with modern processes ― this makes Ragged Branch the award-winning independent distiller that it is. The Ragged Branch Wheated Bourbon replaces the rye in the mash bill with wheat. 68% corn, 16% wheat, and 16% malted barley. The process is the same for the Double Oaked version, which is first matured just like the regular one. Then it gets transferred into a new charred oak cask for another round of maturation, resulting in even more depth of flavor and smoothness. It has won a Gold Medal at the San Francisco World Spirits Competition in 2020.

The nose opens with malt and oak aromas that give way to vanilla, caramel, and toasted pecans. You can expect a smooth, sweet, creamy, and buttery finish with hints of nuts.