Size750mL Proof86 (43% ABV)
A unique take on a European-style whiskey, the R6 Single Malt is crafted from 100% single-distillery malted grain. The mash bill includes peated malt, distiller's malt, chocolate malt, and coffee malt, and has spent at least a year in American charred oak barrels.
Notify me when this product is back in stock. 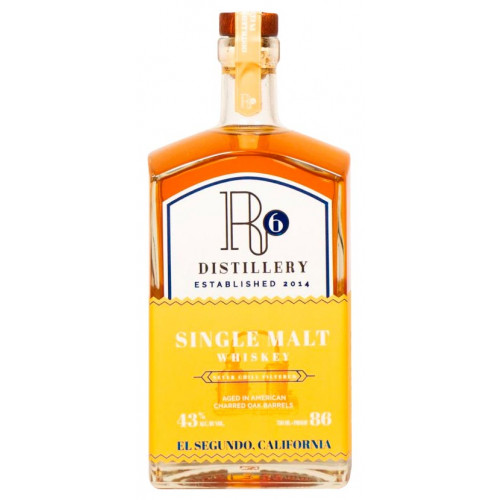 The R6 Single Malt Whiskey is a European-style spirit that is crafted from 100% single-distillery malted grain. The mash bill includes peated malt, distiller's malt, chocolate malt, and coffee malt. The whiskey has spent at least one year in American charred oak barrels and has notes of peat and coffee, along with a gentle sweetness.

There's aromas of coffee, peat, and chocolate on the nose that give way to a smokiness on the palate along with a gentle sweetness. Finishes warm with a lingering black coffee note.