Size750mL Proof66 (33% ABV)
This caramel-flavored whiskey is named for Carmel, California. It has won a Bronze Medal at the 2020 edition of the San Francisco World Spirits Competition.
Notify me when this product is back in stock. 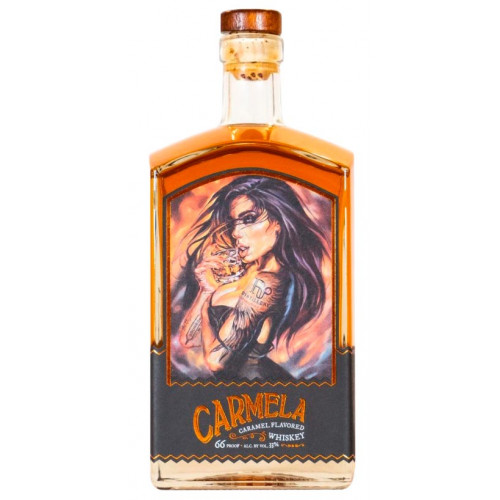 R6 Carmela is named for Carmel, California. Bottled at 66 proof, it features an intense and flavorful caramel-forward profile with corn and rye spice in the background. Adorned with an attractive graphic on the label, the flavored whiskey won a Bronze Medal at the 2020 San Francisco World Spirits Competition.

The nose opens with caramel, vanilla, and sweet corn notes. There is caramel corn and salted caramel on the palate along with gentle chocolate and rye spice. Finishes with lingering caramel and hints of cinnamon.