Learn more
Size750mL Proof80 (40V) *Please note that the ABV of this bottle may vary
Aged for 10 years, this whiskey is crafted using white corn.
Notify me when this product is back in stock. 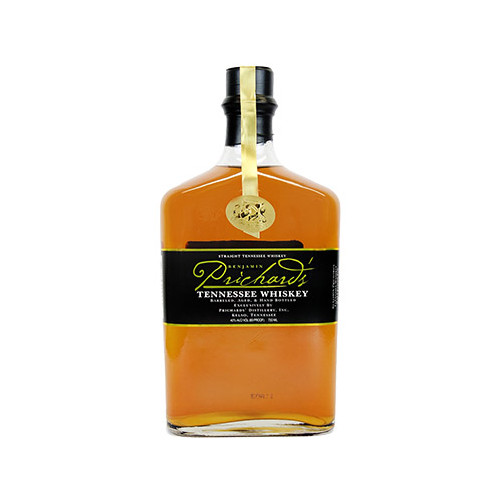 When he passed away in 1822, Benjamin Prichard passed his "still, tubs and utensils thereto" on to his son, Enoch. In the antebellum South, Prichard's Tennessee whiskey — made using white corn and pure Tennessee spring water — was incredibly popular. Enoch eventually gave up the stills, tubs and utensils that his father had passed on to him, and focused his energies elsewhere. In 1997 — five generations later — Phil Prichard took up the family business again when he opened the doors to Prichard's Distillery in Kenslo, Tennessee. The first legal distillery in Tennessee in nearly fifty years, Prichard's Distillery is located just a few miles south of where Phil's great-great-great grandfather distilled whiskey nearly two centuries ago.

Prichard's Tennessee Whiskey is made from a secret mashbhill that includes white corn. "Today, the vast majority of distilleries making whiskey in this country are making their whiskey with yellow corn," says Phil. "But you and I both know that white corn has a higher sugar content than yellow corn. It makes a fine, fine whiskey." After the grains are milled and mashed, they are distilled entirely through copper-pot stills and then matured for approximately ten years.

The whiskey has an aroma of vanilla, tart raspberries, oak and mild peppers. Notes of oak, coffee, cocoa, dark cherries and citrus dominate the palate, and lead to a finish accented by woody spices and cloves.