Size750mL Proof80 (40% ABV)
With a nod to Charles Dickens, this rum is made by steeping the flesh of real Queen Victoria pineapples in aged rum. 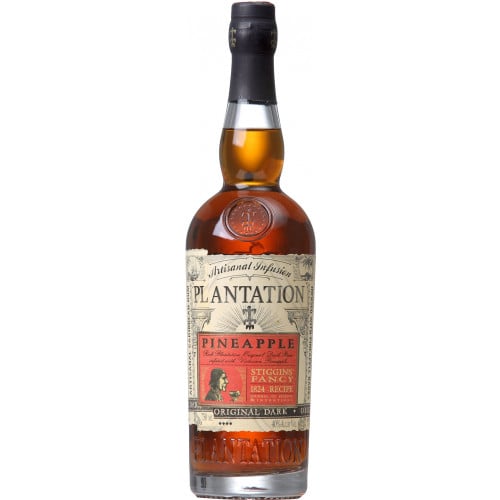 Born in southern Burgundy, Alexandre Gabriel spent his youth working on his family's farm in central France. After studying at the Macalester College in Minnesota and earning a degree in Lyon, Gabriel began working at Maison Ferrand, one of the oldest cognac houses in France.

During his tenure at Maison Ferrand, Gabriel would dispose of used cognac casks by selling them to distilleries in Scotland and the Caribbean. "Our love affair with rum began when we sold the prized casks that once held our Cognac to rum producers, and we fell in love with their product," says Gabriel.

The tradition of "pineapple rum" dates back to the 1700s, when Caribbean distillers would soak pineapples in their rum barrels, giving the rum an uncommon richness and sweetness. Although the practice eventually fell out of favor, Gabriel and his partner-in-crime, cocktail writer David Wondrich, decided to revive the tradition after stumbling across several ancient recipes buried in the 1824 English Journal of Patent and Inventions and the 1844 Journal of Agricultural Society.

"It’s not too weird... that’s the strength of it," says Wondrich.

Aroma of sweet oak, cognac and (of course) pineapple. The palate is filled with subtle flavors of dark chocolate, banana leaves and coconut, and leads to a semi-sweet finish dominated by pineapple and dried mangoes.