Learn more
Size750mL Proof87 (43.5% ABV) *Please note that the ABV of this bottle may vary
Plantation Peru 2004 is a fruity and spicy rum from the brand’s limited-edition Vintage line. The rum is aged for 12 years in Bourbon and Slovenian casks, followed by two to three years in Ferrand casks. This award-winning rum comes bottled at 87 proof.
Notify me when this product is back in stock. 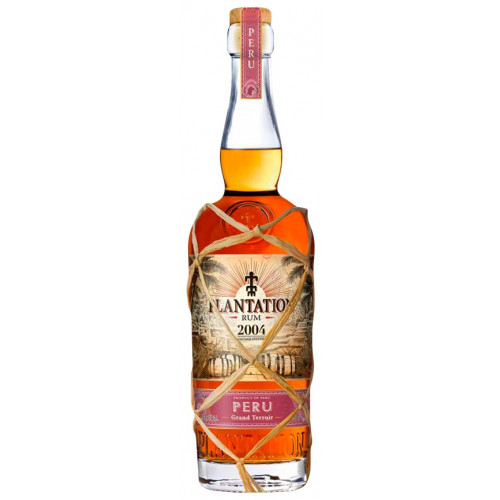 Plantation Peru 2004 is a fruity and spicy rum from the brand’s limited-edition Vintage line that celebrates legendary distillers and rare vintages. This rum is distilled in column stills at the Destilerías Unidas S.A. de Peru, and aged for 12 years in Bourbon and Slovenian casks in the Tropical climate, and then two to three years in Ferrand casks in France. This award-winning rum comes bottled at 87 proof.

The nose starts on caramel, ripe figs, licorice and molasses, and becomes fruitier with banana, almond and woody, buttery, minty and smoky notes. The rich and quite woody palate lingers with notes of cooked apple, lemon, mango and walnut, with spicier undertones of white pepper, vanilla and nutmeg.