Size750mL Proof85.6 (42.8% ABV)
Plantation Barbados 2005 is an elegant and exotic rum from the brand’s Vintage line. This awarded expression is a blend of pot and column still distilled rum aged for 11 years in Barbados and 2–3 years in France before being bottled a 42.8% ABV.
Notify me when this product is back in stock. 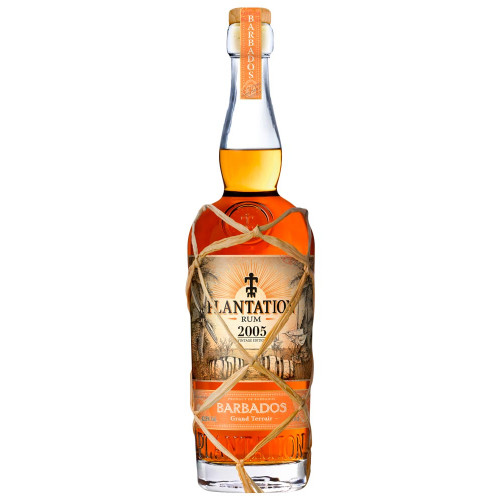 Plantation Barbados 2005 is part of the brand’s Vintage line of very limited editions that celebrate legendary distillers and rare vintages, and a perfect example of Barbados rum. This expression, distilled in 2005, is a blend of pot still and column still distilled rum from the West Indies Rum Distillery. It is aged 11 years in Barbados and 2–3 years in France.

The vibrant nose explodes with exotic fruits and spices: ripe banana, dried pineapple, mango, cinnamon, cardamom and curry. The complex palate has notes of nougat, mint chocolate and candied walnut, which evolve into candied orange, vanilla and pastries. The finish is sweet, with cookie notes.