Learn more
Size750mL Proof93.5 (46.75% ABV) *Please note that the ABV of this bottle may vary
This Bourbon N Rye release is the first edition of straight rye whiskey produced by Pinhook.
Notify me when this product is back in stock. 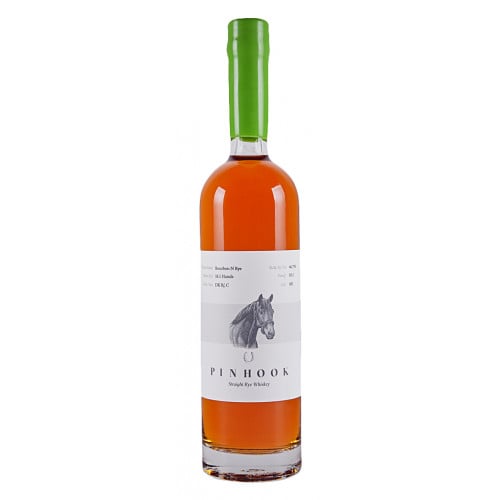 Every fall Pinhook releases a new bourbon and rye, each of which is connected to a promising young thoroughbred horse. The whiskey in each release is the best expression of our barrels at that moment in time, and we blend and proof each release to be as unique as the horse on the label. The result is an annual vintage of Pinhook Bourbon and Pinhook Rye that become instant collectibles. And while it is impossible to know if the horse on the bottle will go all the way to the Kentucky Derby, there is no gamble on the quality of what's inside.

This Bourbon N Rye release is the first edition of straight rye whiskey produced by Pinhook. The traditional mash bill is aged over 24 months and blended and proofed by Sean Josephs at Castle & Key Distillery in Millville, KY. This straight rye has bright aromas of fresh apples, licorice root and cinnamon stick that give way to a deep and rich palate of brown sugar, candied black licorice, vanilla bean, raisins and dried apricot.