Size750mL Proof112 (56% ABV)
Pinhook's Artist Series celebrates the art of whiskey-making, each release adorned with a whiskey-inspired image by a renowned artist. The second release in the series is a blend of 3 barrels of bourbon and 3 barrels of rye from Castle & Key.
Notify me when this product is back in stock. 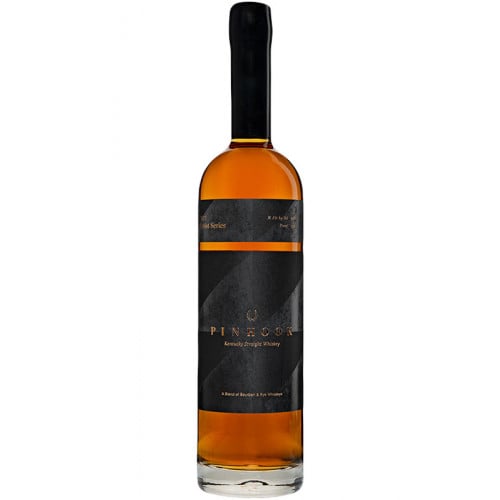 Every fall Pinhook features an annual vintage of Pinhook bourbons and ryes, each of which is inspired by a thoroughbred horse. Each blend is as unique as the horse on the label. "Pinhooking" refers to an old Kentucky term for purchasing young thoroughbreds, holding them until they mature, and selling them when they are ready to run. Successful pinhooks — much like whiskey — are made on instinct, experience, an appreciation of quality, and a little luck. Pinhook bourbons and ryes are handcrafted to reflect the richness of the Kentucky soil and the character of its beautiful horse country.

The Artist Series celebrates the art of distilling, blending, and proofing. Each release in the series sees them commission a different renowned artist to adorn the bottle with a whiskey-inspired image. The second release in the series is a 6-barrel blend of bourbon and rye mash bills ― 3 different barrels of each. They bottled 1,476 bottles of this delicious whiskey at 112 proof, each featuring the stunning artwork of New York-based art director, illustrator, and designer Nicholas Blechman.

Expertly balanced and beautifully complex, this whiskey is floral with fruity aromas and honey on the nose. The palate is pleasantly sweet with caramel, spice, clove, and hints of nuts and licorice.