Learn more
Size750mL Proof107 (53.5% ABV) *Please note that the ABV of this bottle may vary
In honor of Black Friday, this distinctive private barrel is hand-selected by Corky Taylor, 4th generation.

Winner in the category Craft Producer of the year by Whisky Magazine's Icons of Whisky 2019!
Notify me when this product is back in stock. 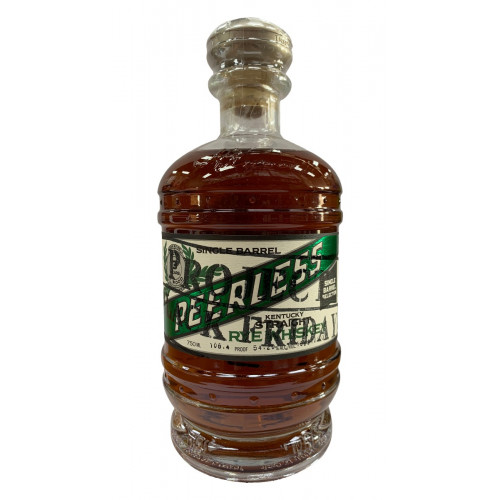 Now, a century later, Peerless Whisky is in the hands of Kraver’s great-grandson Corky Taylor and great-great-grandson Carson Taylor. Keeping Kraver’s legacy alive, the duo has resurrected the brand, even distilling under the original Distilled Spirits Plant number, DSP-KY-50 in a centuries-old warehouse in downtown Louisville, near the Ohio River. Peerless Whiskey is distilled using a process that values quality over cost. They use a sweet mash, which is costlier than the more commonly used sour mash.

Single Barrel selections allow for concentration on a particular barrel’s unique characteristics. These different whiskey profile selections are meticulously compared, and once a barrel is chosen, it is bottled exclusively and given a special label. Each barrel can yield anywhere between 216 to 230 bottles.

In honor of Black Friday, Corky Taylor, 4th generation, carefully hand selected this unique cask, one that highlights the distinctive natural profiles featured in this three-year-old private barrel. “Bottled at barrel proof, so our patrons experience the same robust characteristics that were chosen specially for them” (producer). You can expect exceptional notes of caramel and vanilla and oak and pepper.

The nose begins with a deep honey and dark fruit syrup. Florals and tobacco come in later, giving the aroma an amazing balance and complexity. The taste starts with a pop of cinnamon before showcasing white fruit, caramel, and sweet/spicy oak. The second sip is a bit more earthy, highlighting some grasses and rye spices. The finish celebrates both sweet and spicy oak, but features an encore of chocolate and floral.