Size750mL Proof80 (40% ABV)
Crafted exclusively from malted barley, this whiskey earned the Double Gold Medal at the Berlin Spirits Competition in 2014.
Notify me when this product is back in stock. 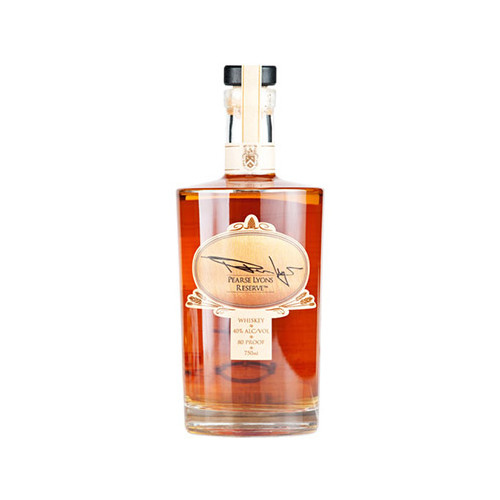 Pearse Lyons Reserve Whiskey pays homage to Dr. T. Pearse Lyons, an Irish master distiller who eventually founded Alltech Distilling Company in Lexington, Kentucky. Lyons, who received a Ph.D. in yeast fermentation, has whiskey in his blood: five generations of coopers hail from the Lyons' family and Lyons own son received his Ph.D. in brewing and distilling in Scotland.

Pearse Lyons Reserve Whiskey is a Kentucky whiskey crafted exclusively from malted barley. Once the barley arrives at the distillery, it is milled and mashed before being fermented with yeast (along with a special enzyme additive) and then twice distilled through copper pot stills that were imported from Scotland. After distillation, the American whiskey is matured in charred oak casks.

The first malt whiskey produced in Kentucky since Prohibition, Pearse Lyons Reserve has an aroma of sweet molasses, brown sugar, caramelized oranges and vanilla. Notes of chili peppers, ginger and crème brÃ»lée dominate the palate, and lead to a dry finish with hints of oak, charcoal and malt.