Learn more
Size750mL Proof84 (42% ABV) *Please note that the ABV of this bottle may vary
This blend of Irish grain and malt Whiskeys is hand selected Pearse Lyon’s head distiller.
Notify me when this product is back in stock. 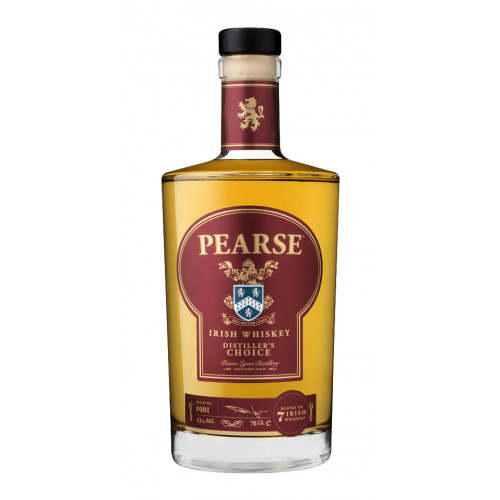 A blend of Irish grain and malt Whiskeys, hand selected by our head distiller. It is predominantly aged in Bourbon barrels with a small amount of Sherry barrel aged whiskey in the mix. It is a 3 to 9-year-old blend. This Irish Whiskey has single malt in it that has been produced on the stills that are now at Pearse Lyons Distillery at St. James.
On the nose this specially blended Irish Whiskey gives fresh citrus notes with subtle spices and dried fruits giving a light fruit cake finish.

Aromas of sweet molasses, brown sugar, caramelized oranges, and vanilla. Notes of chili peppers, ginger, and crème brulée dominate the palate and lead to a dry finish with hints of oak, charcoal, and malt.