Be the first to review this product
This 20-year-old bourbon hardly needs an introduction. Crafted at Old Commonwealth and bottled in 1999, it's a monumental American whiskey experience that is as rich as it is smooth.
$14,400.00
Add to Wish List

The legendary Van Winkle Bourbons pay homage to one of the whiskey industry's founding fathers. This bottling is one of the earliest releases of the 20-year-old, a real treat for any whiskey lover, and a truly monumental American whiskey experience. The expression was crafted at Old Commonwealth and bottled in 1999, right when Van Winkle switched from green glass bottles to clear ones.

Grab a bottle of this rare legendary whiskey today!

The inviting nose is rich with clear vanilla, maple, dried fruit, and oak aromas. On the palate, there's dark fruit, a pleasant sweetness, cinnamon, and caramel, culminating in a satisfyingly long finish with oak, vanilla, and spice notes. 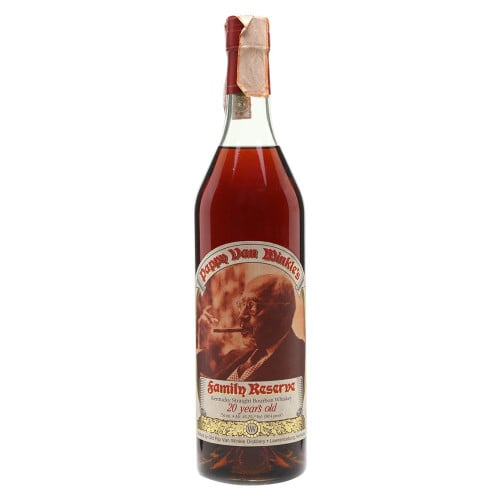