Size750mL Proof90.6 (45.3% ABV)
This Rhetoric release was made at the old Bernheim Distillery and matured partially at the Stitzel-Weller Distillery.
Notify me when this product is back in stock. 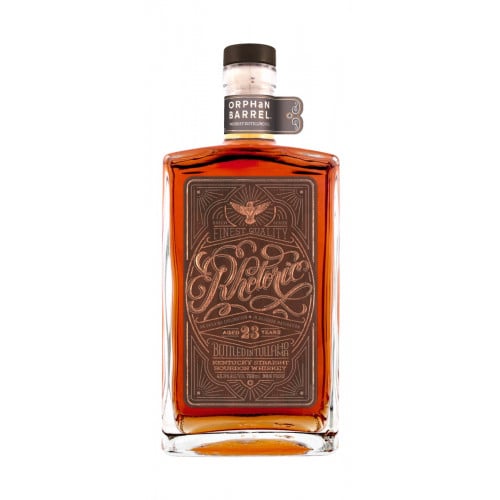 When Diageo didn't have a place for the acquired product in their blends, they set the spirits aside. Time transformed this new spirit into aged delicacies. In 2013, Orphan Barrel Whiskey was created by Diageo, commercializing a large stock of ultra-aged American whiskeys that it had been maturing at the Stitzel-Weller distillery in Shively Kentucky. So far Orphan Barrel has only released American whiskey, with expressions like Barterhouse, The Gifted horse, Lost Prophet, and Forged Oak, with Old Blowhard being retired in 2014.

Rhetoric 23 year old was made at the old Bernheim Distillery and matured partially at the Stitzel-Weller Distillery. This incredible whiskey is distilled from 86% corn, 8% barley, and 6% rye this whiskey is bottled at 45.3%.