Learn more
Size750mL Proof94 (44% ABV) *Please note that the ABV of this bottle may vary
This whiskey is crafted from Oola’s own high rye, along with a Highlands scotch and Canadian whiskey.
Notify me when this product is back in stock.

This product is available in: NY, OK, WA Unfortunately, we can't ship to PO Boxes and APO addresses. 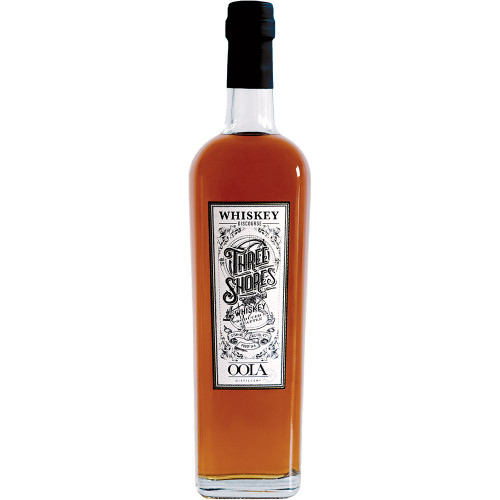 The third release in Oola’s Discourse Series, Kallas-Lewis describes Oola Three Shores Whiskey as “a conversation within whiskey-making traditions.” Oola Three Shores Whiskey blends Oola’s own American high rye with a Highlands scotch and a Canadian whiskey. The Highlands scotch and Canadian whiskey are first placed into American oak barrels for an additional year of aging, after which they are integrated with the rye. “All three whiskeys have influence from the American oak that will later contribute to the beautiful balance that we’re able to achieve in this whiskey,” says Kallas-Lewis.

The whiskey has a ever-so-slight aroma of peat smoke, along with a palate filled with sweet tea, cloves, pineapples and pears. The finish is bittersweet, with notes of apple skin, cinnamon and honey.

Pick up a bottle of this one-of-a-kind whiskey today!

Ever-so-slight aroma of peat smoke, along with a palate filled with sweet tea, cloves, pineapples and pears. The finish is bittersweet, with notes of apple skin, cinnamon and honey.