Be the first to review this product
More than just a tribute to the original bourbon that predates Jim Beam Bourbon, this expression is neither carbon nor chill filtered, just like the original.
$23.99
Add to Wish List

After settling in Kentucky, Beam began harvesting corn and set forth a family tradition by distilling the excess grains he harvested into whiskey. Since then, seven generations of the Beam family have been involved in whiskey production for the eponymous company (the company is actually named after James Beam, who rescued it following Prohibition). Today, Fred Noe — a seventh-generation master distiller and the great-grandson of Colonel James B. Beam — shepherds his family legacy forward.

The Old Tub expression harkens back to the very beginnings of the Jim Beam brand. Old Tub predates Jim Beam Bourbon and was made 140 years ago. It was an unfiltered bourbon that would serve as the foundation for the enormous empire. This modern version is neither carbon nor chill-filtered, just like the original. Bottled-in-bond, this limited-edition expression sets a new bar in its price category.

Floral, honey, oak, and clove notes lead the charge on the nose and are balanced by lemon and orange zest. It's warm on the palate with brown spice, a honey sweetness, vanilla, zesty citrus notes, and oak. Finishes with toasted wood and cinnamon. 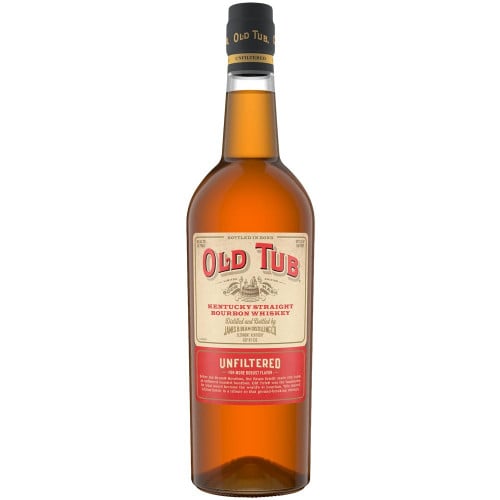