Size750mL Proof91 Proof (45.5% ABV)
Aged for nine years, this bourbon earned the Double Gold Medal at The Fifty Best Tasting Competition in 2012.
Notify me when this product is back in stock. 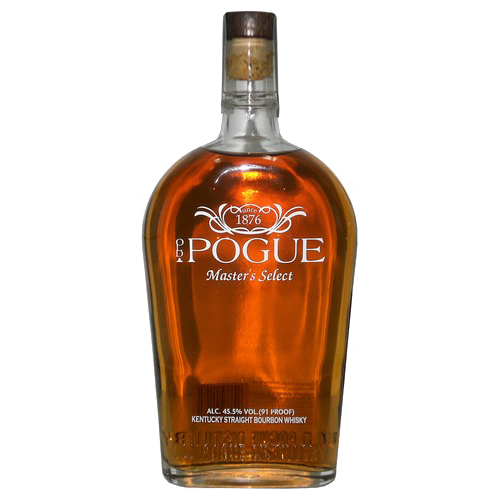 Just a decade after General Robert E. Lee surrendered to General Ulysses S. Grant at Appomattox Courthouse, Henry Edgar Pogue purchased the Old Time Distillery from O.H.P Thomas. Situated at the junction of the Ohio River and Limestone Creek — you may have lost a family member here if you ever forded a river playing Oregon Trail — Pogue registered the distillery with the State of Kentucky, making it only the third registered distillery in the state.

Soon after he acquired the distillery, Pogue renamed it after himself and began producing Old Pogue Bourbon. According to a newspaper account from January 25, 1900, Old Pogue Distillery had "built up a large business strictly through honorable methods" and "enjoyed the reputation of being one of the best known and best patronized distilleries in the State of Kentucky."

After his untimely death in a work-related accident in 1890, H.E. Pogue was succeeded by his son until 1918, when he too passed away during an accident at the distillery. Within two years, the 18th Amendment to the United States Constitution, which prohibited the sale and manufacture of alcohol, was passed, and H.E. Pogue III was forced to close the doors to the distillery that his grandfather purchased nearly 50 years ago.

Today, the fourth and fifth generations of Pogues — H.E. Pogue IV and H.E. Pogue V — have returned to the family business. Old Pogue Master's Select Bourbon Whiskey is fashioned based on a recipe that was handwritten by H.E. Pogue III on three sheets of lined notebook paper.

After distillation, Old Pogue Master's Select is aged for nine years in new, American oak casks. Its notes of dried fruit — particularly prunes and apricots — and hints of caramel and vanilla have earned it a number of accolades, including the Double Gold Medal at the Fifty Best Tasting Competition in 2012 and a rating of "Superb"by Wine Enthusiast.

"It is a family project and has brought the family closer," says Jack Pogue, one of the founding members of the modern Pogue Distillery. "We're just having fun with it." Try a fun bourbon today!